on June 20, 2008
Last month i went for a cycling expedition in the Himalayas with YHAI ( A Post on that coming up soon) . Here are some hilarious videos we shot with MB 10( Our batch) Gang. 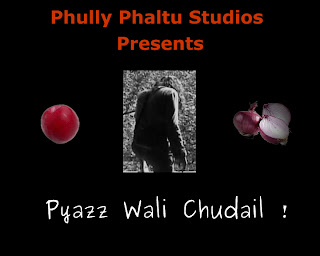 The Videos hover over the fictious character ( but was very very real to us though) The Pyaaz wali chudail ( Who apparently is a young Man Ashok suffering from Multiple personality Disorder -- but the News chanel anchor later discovers that the Chudail is the 'roop' of the great Almighty Rajanikant !


Pyaz wali Chudail is a spoof trying to highlight how various news channels sensationalise the most idiotic of issues. 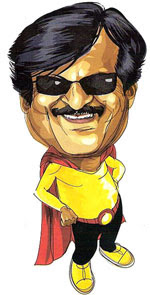 Starring ::
Ashok as the Chudail & Ashok himself
Saumyata Singh as the reporter
Chittaranjan Savadi as Ashok's Mama
Ashish Mukherjee as the Doctor
﻿Saravanan N as Chintu
Badrinarayanan K as Mintu
Sekar as Bablu
Parth Lawate on the Camera ( & the playback of the Chudails Voice)
Rifaye - Too bad he wasnt there when this was shot &
The villagers, one with the comments & laughs!
Aniket Nagle
Satyajit Jogleka
Ketaki Chhatre (A lot of comments & screams come from this lady )
Himangi Chhatre
Samyukta Somanshi

And of course the great Rajanikant as Almighty. ( I am going to be forever cursed for saying his name :( . But you all had to know..)

So all of us present to you

I decided to do this post as a SEO experiment as i was not able to find any content on the internet for trying to get rid of the flying pests - चिलटं/चिलंट that seem to dominate kitchens and gardens especially in the monsoons in India when things are very wet and humid. From what i could find on the internet चिलटं/चिलंट seems to be closest to fruit flies which seem to be different than the typical house fly. I'm looking for Photos of these. (These are super hard to photograph due to their size and tendency not to sit still at any point!) . Please comment with links of Photos or English names for this if you know any.. And ofcourse means to trap or get rid of these !

When we decided that it was time to evaluate various Linux flavors for deployment at our office, i started out with downloading the Mandriva One 2008 Live CD distro . Though not my first encounter with a Linux based OS, this one's been the most serious to date as i am seriously considering moving over completely to Linus Torvald's popular OS. In this series of blogs i will be trying to put together information that has been useful in using Mandriva or any other Linux flavor & anything that will be useful for those wanting to migrate from Windows. What i plan to do over the coming few months is to use the following Linux flavours, get them setup with OS apps to match the Windows applications that i am used to using on it & test them for the best user experience, stability & all such stuff. 1. Mandriva 2. Ubuntu 3. OpenSuse While i am at it i'll keep updating my progress & experience here.